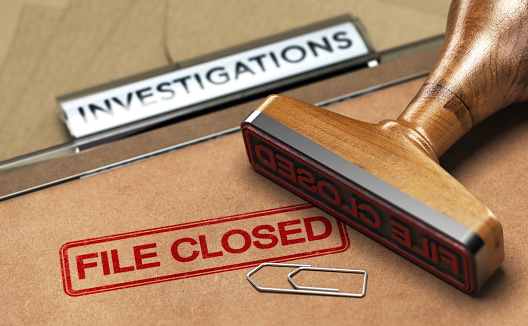 If you missed Part 1 and 2, catch up by viewing them in our Learn Why We Believe Police Reform is Necessary series.

In Part 2 of our Learn Why We Believe Police Reform is Necessary series, the Riveters’ Justice System Committee identified concerning trends in the investigations of complaints against Ferndale Police Department officers. In Part 2b, we continue the story by reviewing the investigation into Officer Langton’s alleged contact with the Oath Keepers. We also examine how thorough Ferndale PD was in their investigation after we obtained three interview recordings and the investigation report.

The primary investigator failed to properly investigate the allegation

With the exception of the investigator’s recommendation to train and educate officers about groups like the Oath Keepers, we have the following concerns about his investigation approach and documentation:

The JSC encourages Ferndale to take this opportunity to improve

For transparency and accountability, police reform experts advise that police conduct investigations should be conducted from outside the department for which the officer works and by an oversight board that includes civilians. It does not appear from the obtained records that Ferndale sought options or opinions from outside the Ferndale PD.

Following the news that Officer Langton returned to duty after the investigation found the allegation unfounded, the JSC sent Ferndale officials a letter summarizing our concerns about the complaint investigation process and providing resources for improving police policies and union contracts. Mayor Hansen kindly acknowledged receipt of our letter and explained the City’s plans to review their policies and procedures.

We’ve asked Mayor Hansen and Chief Turner to go beyond this particular Oath Keepers incident and evaluate which police policies and union contract language would allow an officer 1) with lengthy complaint histories to be hired, and 2) to continue in this line of work when the public feels harmed or threatened by their behavior. We believe this recent allegation and investigation should indicate failures in Ferndale’s current policies and processes.